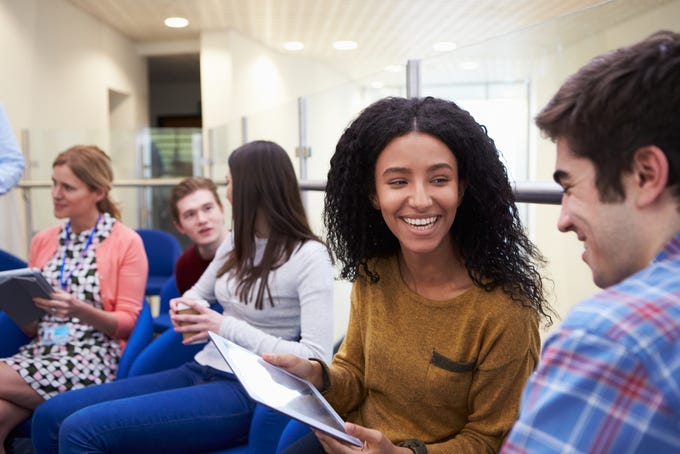 Approximately 43 million Americans have student loan debt, with 7 in 10 members of the Class of 2015 leaving school with education loans. According to new research from ORC International, one in four Millennials owes more than $30,000 in college debt and they anticipate taking 20 years or longer to pay it off.

When the gender dividing lines are drawn, it’s women who seem to be paying the bigger price where student loan debt is concerned. Forty-two percent of women are carrying over $30,000 in student loans, compared to 27% of men. Women are twice as likely than men to think that it will take them two decades or longer to clear their debt loads. The question is, what accounts for this difference?

Several factors could contribute to women being overburdened when it comes to student loans – and debt in general. In a 2016 GoBankingRates survey, for example, female homeowners owed a median of $14,000 more on their mortgages than men, and their median student loan balance was $15,000 versus $8,000 for men. That could suggest that women may be more apt to borrow owing to the fact that they have higher average credit scores compared to men.

The numbers could also be skewed towards women because they’re earning more degrees than men. By 2019, it’s estimated that 61% of all undergraduate degrees will be awarded to women. At the graduate level, women are set to earn 62% of all master’s degrees by 2019. If more women than men are enrolled in and completing college, it’s logical to assume they’re the ones doing more of the borrowing for school. (See: How Much Is a Graduate Degree Worth?)

Finally, there’s the gender wage gap to consider. The American Association of University Women (AAUW) estimates that in 2015, women earned 80 cents on the dollar compared to men. Lower wages provide less money for student loan repayment. The gap in pay exists in nearly every occupational field, even among women with advanced professional degrees.

Women who have an MBA, for example, earn $400,000 less than men over the course of a 20-year career, according to the Graduate Management Admission Council (GMAC). While women may be earning more master’s degrees, they’re also paying more for them and earning less of a return3 on their investment over time. Of course, the field in which one earns a masters could also be a factor. According to a report on the website GoGRAD, After business administration, the next seven most popular master’s degree fields for women were all education related and eighth was nursing. For men, only two were education-related, and the fields included electrical engineering, accounting, mechanical engineering and computer/informational sciences, none of which were on the women’s list.

Finding ways to pay off high student loan debt should be a priority for men and women alike. While loan forgiveness programs are one option, the workplace may offer another. Four percent of employers offered some type of student loan repayment incentive as part of their employee benefits package in 2016. While that number is still relatively low, it’s a trend that’s expected to grow, which should give hope to those who’ll soon be heading into the workforce with student loan debt in tow. (To learn more, read: New Employee Benefit: Help Paying Student Loans.)

Nationwide Student Loans 2021-02-25T20:23:31+00:00
Nationwide Student Loan (NSL) is a professional document preparation company that works to pre-approve clients for assistance regarding their Federal Student Loans. We are not a lender, servicer, guarantor, or collection agency. We do not buy or collect debt. NSL has helped thousands of borrowers save money on their repayment by comprehending and analyzing data in relevance to federal programs that are offered at no cost by the U.S. Department of education.